Nick qualified as a medical mechanical engineer from Dublin in 2004, which focused on the medical application of biomechanics. He then qualified from the University of Salford with honours in Prosthetics and Orthotics, which involved rotations at Nottingham City Hospital and the Robert Jones and Angus Hunt Hospital. In 2014 attained a Master’s Degree in Clinical Biomechanics from Staffordshire University.

Nick works as the Orthotic Clinical Lead for the Royal Berkshire Hospital. He has built up close ties with the orthopaedic consultants, local GP`s and physiotherapists. Nick is part of the medical team for GB rowing and the London Irish Rugby teams for the past four years and provided clinical cover for the 2015 Rugby world cup. He provides clinical support to Bath Rugby, Bristol Rugby and clinical support to the Reading FC academy as-well as many other professional and semi-professional athletes.

Nick has a keen interest in lower limb biomechanics both in the treatment of musculoskeletal and neuro-muscular conditions in adults and children. He has a research interest in the identification and conservative management of tibialis posterior tendon dysfunction in primary care. He is a guest lecturer for the University of Salford and is a clinical educator. 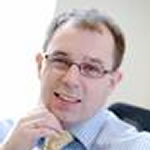